Despite the odds. How a champion athlete is owning his future and found his brave mind. 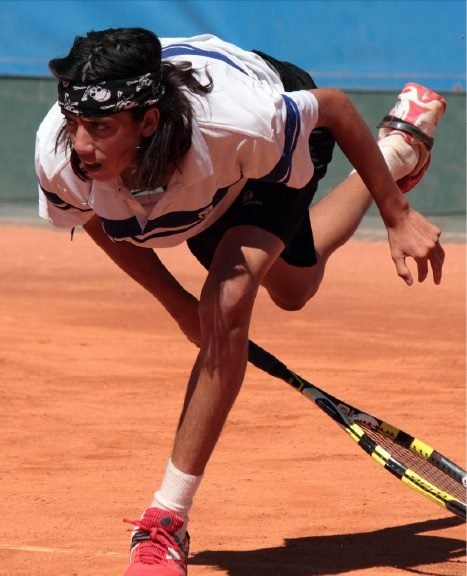 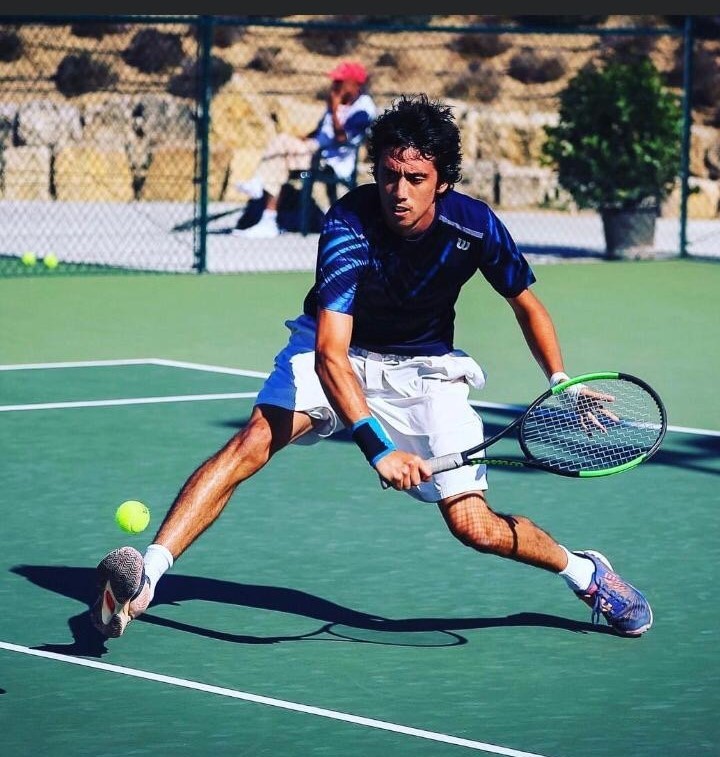 How a champion athlete is owning his future and found his brave mind.

I met Leon in 2017 and immediately was impressed. This dude was 20 years old, had turned up, paying his own way, on his own reconnaissance because he knew something was wrong. Tall, lean, with messy dark hair he sat down in front of me. He had quiet confidence that resonated in the room. A measured approach to his thinking, beyond his years, and an upright honesty that was refreshing. He needed to get back to tennis. He needed to prove to himself he had it. He wanted to work out where everything had gone wrong. I asked him his goal. It was simple. I want to have a ranking again. That would be enough.

Leon was a teen prodigy by the age of 14. He was ranked as the number one player in Australia for his age group and was 119 in the overall national rankings. He competed in the finals of the prestigious Nike Junior Tour International Masters event held in Florida, won five titles in Europe (including an Under 16’s European Tennis Association event) and reached the final of the Villas Trophy in Majorca.

Leon was on his way. An elite athlete with a hell of a future ahead of him. He had the buzz around him that champions get, as they reach that moment that jettisons them into the stratosphere. Like many other young athletes, his life had been centred on achieving and climbing up that competitive ladder. The uplift was he was doing incredibly well. The down side was he had to sacrifice school, socialising and relationships in order to get there.

Just as so many highly skilled people will tell you, getting to the top in sports is part raw talent, part grunt and pure dedication and part luck. He could control his career, but he couldn’t control the events outside of it. Personal problems and family conflicts became a huge distraction. Trauma hit the family and Leon reeled from the impact. His coping skills that were linked to high performance determination, failed to sustain him emotionally. What little support he had dropped off. Everyone wants a ride on the rising star and are quick to jump off when it is falling.

In life, we come across moments where the path we are on can diverge. On one hand we can keep pushing and working on the long hard way ahead. On the other hand, life events knock us off that path and we stumble into an unknown emotional landscape.

Leon went from Australian’s best and brightest young tennis player to an adolescent fast losing his way. By the time he plonked down on my couch, he was coaching tennis and struggling to get his game back. He had begun to turn back to the path he liked best, a professional elite athlete who had purpose and a gift. On his own he had the courage and willpower to make big changes in coaches, lifestyle and his self-defeating habits. But it was not enough.

I knew listening to him, underneath the self-doubt, self-disappointment and fear he had missed the moment of a lifetime, Leon was ready. He has tried everything to get his game on, and yet the mental edge escaped him. His identity had blurred, and he was struggling to connect with the prodigy boy who had so much hope. Anger and anxiety had the reigns on his thinking. On the court he would lose focus, get distracted and let his negative emotions control him rather then use them to supercharge his talent. His mindset was constantly being interrupted by hurt and frustration. The anger became his opponent, not the player across the net.

Leon told me a story of tragedy, personal trauma and defeat. What I saw was a young man with incredible skill, mental fortitude, ambition, and resilience. His passion for the game and inner insight worked to help him master his mental hurdles. I was inspired to dig in and help him to commit to his goals. His strengths were his vulnerabilities. He was reserved, honest, empathic and in sharp contrast to the players on the circuit around his age, these attributes gave him his unique edge. He was a person that brands could back and know they would get the real deal. He wanted it and was prepared to do anything to get back to the game.

And man, did he commit.

With the focus of a trained athlete listening to his coach, he took on board the discussions and strategies we talked about. He questioned when he didn’t get it and challenged when he needed to link what I was saying with his purpose. He used his own creative ideas to expand the narratives and work them.

Leon picked up his emotional tennis racket and started serving mental aces. He practiced cognitive restructuring, used our other strategies to pinpoint his focus and shut out the noise in his head. He practised a brave mind, like he practised at the nets. Every day, unrelentingly. We talked about the days it did not work and the days he simply nailed it. The self-doubt started to be replaced with true belief he still had it.

And then it happened.

He was playing like a gun. He got the mindset of a winner. He walked on court and knew he was as good as the dude looking back at him. He flipped anger into energy and his mind was a shield, refusing to be distracted by a punitive inner critic. More than that, he was loving playing again. It was fun. It was hard work. He was doing it. And even when he lost a match his attitude was outstanding. It was ‘what I can do better next time’ rather than ‘what I did wrong this time’. Leon was back. Better and more focused.

In 2018 Leon travelled across the globe playing his best. I sat in my office mentally cheering him on, always pumped to get a message or footage of him doing what he does. Get out on the court and have fun. It was exciting to see his mental fortitude build with every game. The 14-year-old champion was back, with the determination and maturity of an adult. Leon had his ranking again. Goal achieved

In 2019 after an incredible comeback year he had a hip injury that took him out. Disappointed, he didn’t give up. He worked at the physio, kept his mind in check and got ready for the next year. It was a hard year. The momentum had been building and then gone. He had pushed his body too hard and not invested in self-care. So, many lessons to learn on his own, with so little support. He was back to the beginning. No ranking and a hard climb back to the top.

In 2020 he won his first three matches against ranked players, before the COVID-19 made the world grind to a standstill. Yesterday, he sent me a video of practicing on the clay. He has always done that. No matter where he is in the world. Keeps me in the loop. There he was. Giving it 100, digging in and driving his game forward as best as he can in the current climate. It was inspiring and I felt honoured he was letting me know, ‘still doing what I need to do, Sarah.’

I thought on how motivating he was as an athlete and as a human being who had faced both success and adversity so young, yet he’d managed to thrive, coming out the other end of the hard times. How he took it on himself to seek help and guidance. We talked a lot about Roger Federer’s open-hearted discussions on using the mental edge to win, but also to bring you back from losing. When I asked him how he felt about me writing about his story, he answered in true Leon style.

‘Yeh, no worries Sarah, if it helps anyone, an athlete in the future. I’d be very happy. I’m not afraid that anyone knows I got help. It takes real courage.’

Seriously, now that’s the words of a true champion, amazing human being and brave mind. I am immensely proud to have been a small part in his achievements. Leon has taught me how true mental strength, honesty and integrity can achieve any dream. He did not have the backing and riches to give him an edge or to fund his support. Particularly when times got tough. Just talent. He is still at it. He doesn’t know the meaning of give up or give in.

My message? Sponsors, coaches and managers, get behind him. He is the embodiment of the sports stars we need. Our young athletes are looking for this kind of role model. Totally talented, empathic, rational and driven to succeed beyond all hurdles placed in front of them. Thank you, Leon, for letting me share your skills, courage and mental strength. 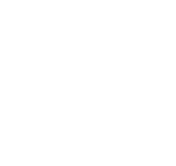